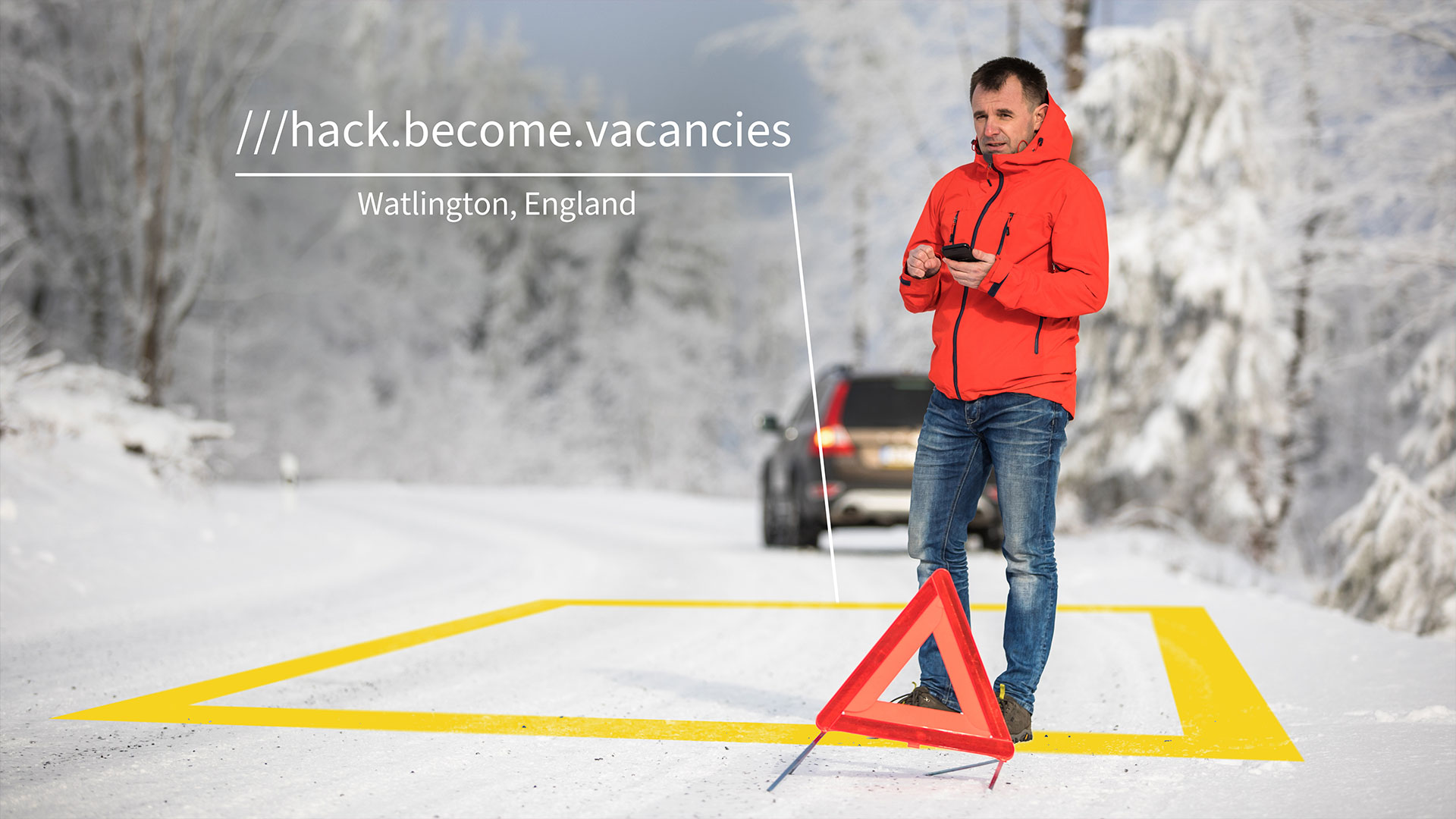 Hastings Direct, one of the UK’s leading providers of home, bike and car insurance, has adopted innovative addressing technology, what3words, for motor customers in an industry first. Dealing with thousands of claims per year, this partnership will improve the speed that Hastings Direct responds to claims and will ultimately allow them to get drivers back on the roads faster.

what3words is reimagining the way we communicate location. It has divided the globe into 3m x 3m squares and given each one a unique combination of three words: a what3words address. For example, drivers can provide ///adventure.secure.lined to instruct their insurance provider to come to Moor Lane Car Park in The Peak District.

Describing exactly where an accident or breakdown has happened is a big challenge for the motor insurance world. A street address isn’t accurate enough – especially when drivers find themselves on the side of a road with no visible landmarks or named streets nearby. Street addresses are also full of duplicates, for example, there are 49 Stanley Roads and 37 Victoria Roads in London alone.

what3words eliminates these issues. Every what3words address is unique, minimising errors and getting insurance providers to know exactly where the breakdown or accident has taken place – whether it’s the side of a motorway, a country lane or a remote village. By providing a what3words location, customers will now be able to add their three word address to their claims with Hastings Direct so they can share the precise location of an incident or accident.

An increasingly on-demand economy means that consumer expectations are rising, and businesses are under pressure to meet these demands. Efficient claim processes are now a rule rather than an exception.

Marc Walden-Lowe, Hastings Direct Claims Transformation Director said, ‘ We’re thrilled that through this partnership with what3words, Hastings Direct are now able to help customers to tell us precisely where they are, no matter whether it’s the side of a motorway or the middle of a country lane, allowing us to offer them an even more straightforward service when they need us most. ’

Chris Sheldrick, CEO of what3words adds; ‘ Breakdowns and accidents often occur on the side of the road where there are typically no traditional street addresses or landmarks you can pass to your insurance provider. In an already stressful situation, the last thing you need is to be worrying about describing the location. Now, customers can simply note down the what3words address and let Hastings Direct do the work. ’